The company announced the wind and solar Renewable Energy Purchase Agreements (REPAs) this week, which have been signed with three different companies for a number of projects: 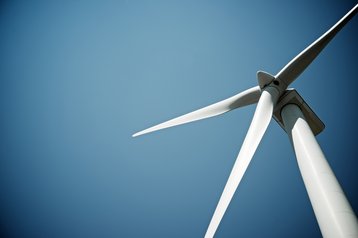 Four 15-year REPAs with Leeward Renewable Energy for an aggregate of up to 640MW. The projects include Blackford Wind in Indiana (200MW), Horizon Solar in Texas (200MW), White Wing Ranch Solar in Arizona (160MW), and a fourth 80MW project Leeward said it will share more info on in the future. The projects are due to come online between late-2023 and mid-2024.

Two 15-year REPAs with Lightsource bp for an aggregate of 89.9MW of capacity. The facilities, both located in the PJM Interconnection regional market, are expected to be fully operational by late 2023.

A 15-year REPA with Duke Energy Sustainable Solutions for an aggregate of 180MW of capacity. The facility, located in the Midcontinent Independent System Operator (MISO) market, is due to come online in late 2022.

“We are proud to achieve this key milestone in the transition to renewable energy,” said Matt Ellis, executive vice president and chief financial officer at Verizon. “These new agreements will be funded by our third $1 billion green bond, which we issued in September 2021, and are fundamental to the company’s ongoing efforts to be net zero in its operational emissions (scope 1 and 2) by 2035.”

The new deals mean Verizon has signed 20 PPAs since 2019 totaling 2.6GW. The company aims to source or generate renewable energy equivalent to 50 percent of its total annual electrical consumption by 2025.

Verizon and Leeward have an existing relationship through previously signed REPAs for the 196MW Big Plain and 100MW Oak Trail solar projects.

Andrew Flanagan, chief development officer at Leeward, added: “We are excited to expand our established relationship with Verizon, which speaks to Leeward’s strengths as a partner in helping our nation’s leading companies meet their sustainability goals.” 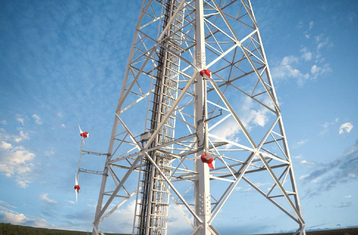 This week also saw Finnish telco Elisa Oyj sign a 44MW PPA with London-based investment platform Renewable Power Capital (RPC) to draw energy from the eight-turbine Puutikankangas wind farm project in Finland’s North Ostrobothnia region. The project is under construction should be operational by early 2023. The ten-year agreement will help the telco meet half of its mobile network’s energy needs.

RPC chief executive Bob Psaradellis said: “We are thrilled to have reached a deal to provide reliable, renewable energy to Elisa. It’s critical that Europe benefits from cost-effective, cleaner, greener electricity as it continues to move away from fossil fuels.”

The company became carbon neutral in 2020 and its financing is linked to sustainability targets.

“This procurement agreement with Puutikankangas Wind strengthens our commitment to creating a sustainable future and mitigating climate change. We want to demonstrate that we are a responsible actor for society and promote the use of wind power at the national level,” said Minna Kröger, Vice President of Corporate Responsibility at Elisa.

New England data center firm Markley signed a PPA with Borrego for solar energy from 10 projects in Massachusetts. The company operates a 920,000 square feet (85,500 sqm) data center at One Summer Street in Boston and a 50MW, 352,000 sq ft (32,700 sqm) facility in Lowell, Massachusetts; Markley will purchase half of the power from 80MW worth of projects in the state.

“At Markley, we are continuously evaluating how we can minimize our impact on the environment to better serve our customers. Partnering with Borrego allows us to offset our electricity use from 10 solar projects and further support the development of solar energy in the Commonwealth of Massachusetts,” said Jeffrey Flanagan, Executive Vice President, Markley Group.

“Data centers are large energy users but don’t often have space on-site for a large enough solar system to offset their use. Markley’s ability to reduce their energy costs and enhance their sustainability efforts through community solar is a relatively novel approach,” said Jared Connell, Borrego vice president of development, New England.

This week also saw Vantage Towers announce plans to install 750 wind turbines on 52 of its cell towers in Germany. The company said the turbines, from startup Mowea, should cover 100 percent of the towers’ energy needs and power Vodafone equipment on the masts. Installation is scheduled for the second half of the year, permits provided.

Vivek Badrinath, CEO of Vantage Towers, said: “We are very excited about the strategic partnership with Mowea because it enables us to generate cost-efficient and maintenance-friendly renewable energy at selected sites with their wind turbines. It also represents an important step forward towards a greener future and the sustainable digital transformation of Europe. We have more than 82,000 towers in Europe. So, if the pilot project is a success, there is clear potential for the future expansion of the partnership.”