Boston-based Markley Group is building a 50MW data center in Lowell, Massachusetts, on a site previously occupied by a giant pasta factory.

The project is expected to cost $200 million over the next 20 years, and involves conversion of a 350,000 square foot building, once owned by Italian food expert Prince Macaroni, into several data halls. It will be part-funded by a $240 million funding package Markley received in April.

The first phase of the project will be available to customers in October 2015. 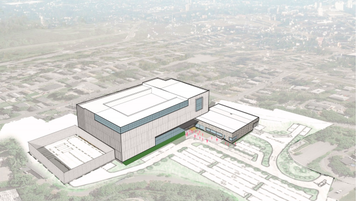 Over the past 24 years, Markley Group has developed more than three million square feet of mission-critical infrastructure space.

The company runs a 920,000 square foot flagship facility at One Summer Street in Boston - the largest publicly available data center in New England, which also hosts the Boston Internet Exchange.

Markley said its existing customers have expressed interest in a suburban mission-critical facility that would help them with disaster recovery (DR) initiatives.

The Lowell site, purchased by Markley for $3.85 million, will connect to One Summer Street through a diverse dark fiber network, enabling latency of less than one millisecond.

“With One Summer Street being the center of the universe for network connectivity in the region, our diverse dark fiber pathways to Lowell will extend those advantages to clients of the facility,” said Jeffrey Markley, CEO of the company.

According to NECN, most of the Prince Macaroni plant has remained empty for nearly two decades. Back in the day, the massive, windowless three-story building located on 14 acres of land was so prominent it gave the neighborhood the nickname ‘Spaghettiville’. 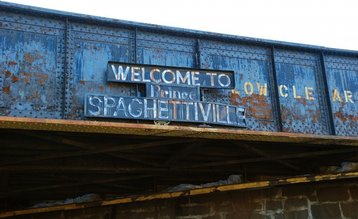 True to its DR credentials, it will also feature one thousand temporary workplaces with network access, to enable its customers to continue operations in case of an emergency.

The Lowell Sun reports that Marley received a 20-year tax break from Lowell last month, estimated to save the company $77 million on its property and personal property taxes.