North American wholesale data center provider Vantage has raised $675 million to expand its footprint across the US.

Vantage’s massive war chest will fund the construction of a new 160MW data center campus on 50 acres of land in the metro area of Phoenix, Arizona. 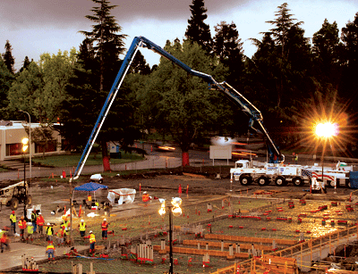 Part of the additional funding will be spent on a new 30MW data center campus in Northern Virginia, with five multi-story facilities expected to be constructed on the site.

The wholesale data center specialist was able to raise $180 million from existing investors and $495 million in debt financing.

“The capital we raised over the last 90 days will help fund the explosive growth we’re experiencing and anticipate seeing throughout 2019 and beyond,” said Sharif Metwalli, CFO at Vantage.

In December, the Santa Clara-based operator announced it was acquiring Canada's 4Degrees Colocation for approximately $200 million. A portion of the $675 million will be spent to fund this acquisition.

Vantage has been on a fundraising spree over the past few months, netting $225 million in December last year in order to grow its real estate portfolio.

The company raised the money by issuing securitized notes, a way of pooling certain assets so they can be repackaged and sold together.

Vantage was the first data center company to secure funding in this way - raising $1.125bn in February 2018 - allowing it to pay off existing credit facilities with lower interest rates, and, combined with a $500m investment from Digital Bridge, to fund its physical expansion projects.