According to Phoenix Business Journal, the company has acquired a 49-acre plot of land on the corner of Bullard Avenue and Van Buren Street. The records were originally discovered within the Vizzda real estate database.

Design, site plan approval and permitting are underway, with construction expected to begin in early 2019. The first 32MW data center is anticipated to be online in early 2020.

This story has been updated to include information provided by the City of Goodyear. 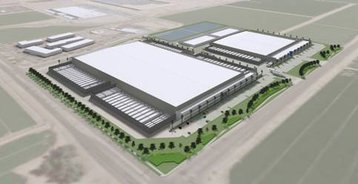 Santa Clara-based Vantage owns seven data centers across California, Northern Virginia and Washington, and has another two under construction.

Its latest project will be located in Goodyear, a suburb of Phoenix named after the Goodyear Tire and Rubber Company, which used to grow cotton across the region.

Phoenix Business Journal reports that the 100-acre plot of land was acquired by Kent Circle Partners in 2011 for $4.72 million. Fifty-one acres were previously sold to DBM Ventures for $4.59 million, while the remainder has now been purchased by Vantage for $12.76 million.

“We are excited Vantage chose Goodyear for its largest data center campus to date,” said Goodyear’s Mayor Georgia Lord. “This innovative company leads the way in energy efficient, sustainable data centers. They are changing the landscape of the West Valley to a forward-thinking focus. We welcome them to our growing cluster of technology-based businesses and foresee a great partnership emerging.”