British officials have put 32 suppliers on a fast track to win £400m of business building and running data centers for government offices and public bodies. 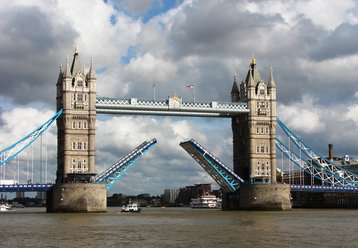 Upon opening its search for a formal supply chain in January, YPO said UK government arrangements with data center suppliers were lacking.

"This is a new framework and different from any other compliant route to market," it said in a message it sent to public procurement officers across the country this week.

"There are providers in this market, but the data center offering is limited, especially for the wider public sector," it said.

A spokeswoman for YPO told DCD that it had a team of procurement specialists who talk to public bodies to find sectors where their demand for services was not being met. They found there was no formal procurement framework for data centers, she said.

YPO, a procurement office that grew out of government administrative offices in Yorkshire, reckoned on the business being worth £400m over four years. That is the sum its framework would allow suppliers to do in deals with public bodies without having to follow the EU's usual procurement procedures.

Thirteen local government administrations in the North of England have a stake in YPO's procurement business, according to TechMarketView, a consultancy.

The arrangement is not meant to be exclusive, but YPO approved nine suppliers to build public sector data centres. Three of them were small enough to be classed officially as SMEs: Keysource, Sudlows and Nigsun. The others were 2bm, Insight Direct, Powercube, and Workplace Technology. It gave 11 companies first shake on running co-location data centres for public bodies: Six Degrees, SCC, Daisy, Razorblue, Keysource, Phoenix, CloudCoCo, Redcentric, SunGard, UKCloud, and Zsah. Other suppliers on the framework were given special terms to supply hardware and support services. Amazon Web Services was among 18 suppliers given favored status to do cloud computing.