TSB signs up with IBM for cloud and digital overhaul

The deal follows a huge IT failure in 2018

TSB is moving its workloads to a private cloud run by IBM and establishing a new IT center, following a disastrous IT failure in 2018.

The agreement is to help TSB upgrade its platform following a botched attempt to upgrade its IT systems, which caused major outage in April 2018. TSB's owner Banco Sabadell facilitated the deal with IBM, signing Big Blue up for about $1.1bn, according to The Register.

IBM will now build and manage TSB’s private cloud, running services across TSB’s core banking platforms with its infrastructure operated and managed by IBM under supervision by TSB.

As part of this move, the bank will also create a new IT center in Edinburgh, during 2020. 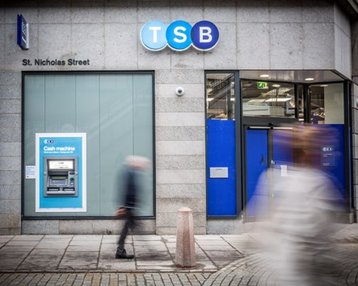 “As the financial services industry continues its rapid digital transformation, banks need a reliable, resilient and secure technology environment to meet the needs of customers and address complex security and regulatory requirements," said IBM UK and Ireland, global technology services general manager Tosca Colangeli, adding that an open hybrid IT cloud platform would be the best foundation for financial services providers to respond to these challenges and implement future capabilities.

TSB’s chief operating officer, Suresh Viswanathan, said: “Our partnership with IBM marks the next exciting phase in our tech transformation."

The TSB outage in 2018 left two million customers without current account access. The bank says it was due to a failure to test a new data center, when the bank migrated from the IT systems of its old owner Lloyds Bank, to those of its new parent Sabadell.

In an inquiry last year, it was concluded that the decision to proceed with a massive IT migration, when only one of the two data centers had been tested, made it impossible to identify the problems. Only testing one facility was a choice made by Sabis, the IT services arm of Sabadell.