An outage at a data center this Saturday brought much of Mexico's banking services offline, with customers unable to make purchases or withdraw cash.

Electronic transaction services firm Prosa said that an electrical fault at its data center in Santa Fe, Mexico City, was responsible for the failure that impacted customers of Banorte, HSBC, Invex, Santander, Scotiabank and Banjército. 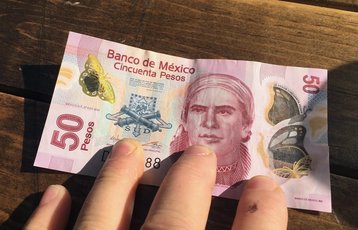 "We want to inform you that today we are having an outage on our Santa Fe data center. The management team and the entire IT and Innovation team are working as a priority in resolving this incident," the company said at the time (translated).

It took three hours for services to start to resume, with things fully back to normal several hours after that. The Mazatlan Post described the scene: "Endless rows, full cars in supermarkets set aside in full boxes and rows of angry people is what is experienced this Saturday in several parts of the country because one of the main data centers that connect several banks has failures."

Customers of Banco Bilbao Vizcaya Argentaria SA were still able to use ATMs as the company is not a Prosa user, but BBVA's cards were rejected at point-of-sale terminals.

The outage comes at an inopportune time for the Mexican government, which is trying to cut down on cash and move citizens into using banking systems.

Just last week, Bloomberg reported that the country is considering a ban on the use of cash for purchasing gasoline and to pay for tolls. Next month, the central bank will begin the roll out of CoDi - a payment system for people who do not have a bank account, but own a mobile phone which can scan a QR code and process payments.