New colocation firm Trinity DC has finalized the takeover of Optimum Data Centres, an operator with one 13.5MW facility in Hayes, London, close to Heathrow Airport. 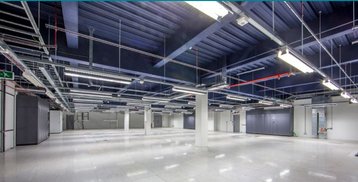 The 10MW facility in the Springfield Industrial Estate, Hayes, now dubbed Trinity London, has a long and rather involved history as a data center. It was built as a warehouse in the late 1980s, and extended in the 1990s, before being turned into a data center in 2000 known as the Digiplex Megaplex Centre. Digiplex was a short-lived UK company that went bust in the dot-com crash of 2001 - and is not related in any way to the Nordic operator DigiPlex.

The data center was then leased to Deutsche Bank, but by 2009 the company did not need the property anymore. Sentrum, a colo firm founded in 2006, bought the data center, but Deutsche Bank had a 20-year lease, due to expire in 2021, with rents rising to £2.6 million per year, so Deutsche Bank sub-let the Property to Sentrum Hayes, at a rent which matched the rent it was paying to Sentrum Holdings.

Sentrum grew to a portfolio of six facilities before - like many other providers - it was taken over by Digital Realty in 2012, for around £715.9 million (then equivalent to $1.1bn). However, Digital Realty did not take over the Megaplex. It remained with the rump of Sentrum. The freehold went to Hayes Freehold, and the sublease to the data center went to Sentrum Hayes, new bodies set up to (respectively) own and run the Megaplex. The data center itself was rebranded as Optimum Data Centres. 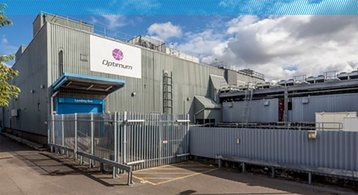 All that started to go wrong in 2015, in a way which became an object lesson in due diligence. Sentrum went into liquidation, and Deutsche Bank agreed to surrender its lease. However, according to an eventual High Court Judgement of 2017, no one got the consent of the Co-Operative Bank, which had given a mortgage on the property - and Deutsche Bank's lawyers didn't pick up this omission.

"This might not have been a problem if Sentrum Hayes had not been in liquidation," says an opinion from legal firm Hardwicke. As it was, Deutsche Bank was not able to claim rent from its sub-tenant, but was still due rent to the freeholder. The bank argued hard in court, but eventually lost the case.

The receivers ultimately put the property on the market in 2018, according to this brochure from estate agents Knight Frank, which details the various leases and sub-leases - and includes the information that telecoms carrier Level 3 has a lease on Hall D.

The data center is a two-story building on an industrial road in Hayes, Middlesex. We don't know the current state of the data center, but a a recent description on Colo-X said the foillowing:: "The site has been around for a while but is built to the standards and security demands you’d expect from a large financial institution. This includes N+2 cooling, N+1 switchgear and generators, and N+N UPS. Security standards are similarly high."

According to Colo-X, the site had been developed with a "retail" focus: "Sentrum could not apply their usual leasehold model here as it was not possible to offer each tenant their own dedicated set of plant." Under Optimum, Level 3 occupied one 8,000 sq ft hall while there were 300 cabinets of colocation available in the other, with 3kW (or options for 5kW or 7kW) per cabinet. Level 3 has since been acquired by CenturyLink .

Colo-X reported a while back that Optimum was planning "a major refit to take full advantage of the space and power available, but timing of this is uncertain."

That refit is now in the hands of Trinity DC, but no date has been set. Simon Titterton, formerly with Optimum and now Trinity DC's Colocation Services director, said: "Trinity DC’s refurbishment plans for the Hayes site are really exciting and the team is looking forward to enabling the Trinity London data center to realize its full potential.”

Apam's founder and director, Simon Cooke, assws: “We are delighted about the acquisition. Since the acquisition of the freehold, we have been looking to build an operational business to allow us to roll out our refurbishment plans and lease-up the vacant technical space in what is one of the few vibrant and growing sectors.”