Life on the M25: Sentrum Ltd 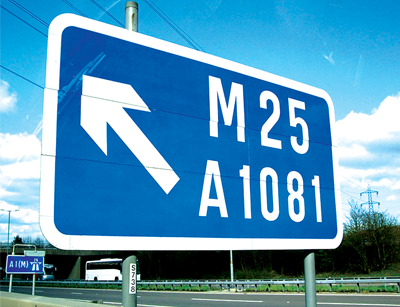 For those inside looking out, the M25 is not London, for those on the outside looking in, it is.

If you have a site on the periphery of London the upside is the ability to offer lower cost per-sq-ft when compared with locations in or nearer to the City. The downside could be latency.

There is an interesting mix of data centers dotted around London’s orbital motorway. Fujitsu has its 92,000 sq ft London North site in Stevenage. NYSE Euronext has a 400,000 sq ft mega data center at Basildon and indigenous national players such as Vtesse Networks and Sentrum Limited operate facilities around or near the motorway.


Naturally, anyone with a site says they have ample bandwidth and carrier choice direct into central London. These are not back-up and recovery sites but primary locations for transaction based workloads.

We made a visit to Sentrum’s facility in Woking to speak with Franek Sodzawiczny.

Sodzawiczny co-owns Sentrum. He says it is funded through a mix of private equity and debt. “Finance is partly equity and partly debt funding, it is robust because of the longevity of our relationships. We have robust funding in terms of our expenditure projections this year,” Sodzawiczny says.

THE FINANCE
The company was formed in 2006 and according to the website companycheck.co.uk
Sentrum Limited has just under £3m cash in the bank and a net worth of just under £2m, liabilities of around £11m and assets around £16m. For 2010 it reported turnover of £13.3m, operating profit of £6.6m and a pre-tax profit of just over £2m. Its asset worth is put at £70m.

The directors and shareholders are listed as Sodzawiczny and Andy Ruhan, a founder of Global Switch.

The 52-year-old Sodzawiczny hails from Birmingham, England’s second city. He would build his data centers closer to home but says you can’t convince anyone from London to go there. “I’m an engineer,” he says.

But if one can compare a man with his data center, both look well built – Sodzawiczny says he enjoys a “full English breakfast” and the robust concrete and steel structure that is his 200,000 sq ft data center in Woking, Surrey, South
West of London also looks solidly constructed. Sodzawiczny says it is 75% let.

He also appears to enjoy tossing off subliminal hits – like using this reporter’s business card as a coffee cup coaster – and dropping in various hand gestures during the conversation.

THE PITCH
Sentrum’s sales pitch is that it offers bespoke colocation ‘chunks of power’ that is non-shared ME to enterprise customers who require data halls built on robust, secure facilities around London. “Phased power deliverable to customer needs,” he says. It operates six sites in what he describes as the technical real estate space.

His inbound enquiries show a shifting market. “It is not coming from the property end but from the user end. They [prospects] are clearer, more defined, not speculative.”

“We signed 50,000 sq ft in Q1 2012 and are working hard to sign 50,000 sq ft in Q2.
Beyond that the pipeline is buoyant with very real enquiries from customers with
immediate needs who don’t require long incubation periods but who have done a lot
of due diligence already. Sixty percent of my customers are in the banking sector.”
“We provide the real estate – we supply the FM services, the security and general maintenance. We don’t do IT services,” he says.

At Woking, where we meet, the site offers 1kW to 2.5kW per sq m. The 84MVA is supplied via two 132kV incomers and there is a dedicated on site substation.
Once in, his customers don’t get to see the ME floor beneath the white space and his staff don’t enter the data halls.

GROWTH
Sodzawiczny’s growth plan is to build out adjacent to his core ‘London’ assets. He says he has submitted plans to add 150,000 sq ft to his Woking site. His facilities are located in Sutton (aka Croydon), Camberley and Woking in Surrey and Hayes and Watford, in Middlesex.

These satellite towns sit on or within a few miles of London’s M25 motorway.
Sentrum  owns another facility in Rugby, in the English Midlands.

For international expansion Sentrum is looking to Singapore and Sodzawiczny says his company will “get on a plane and make things happen.”