US data center provider TierPoint has completed a major power upgrade at its TekPark facility in Allentown, Pennsylvania. 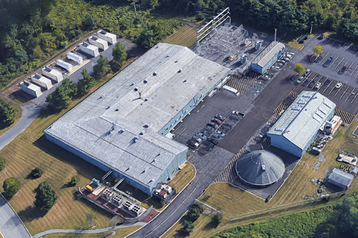 TierPoint’s Mid-Atlantic operations vice president, Ben Mitten, claimed that the infrastructure upgrade had helped make TekPark “hyperscale-ready”, adding that it would give the company “the ability to rapidly accelerate the deployment of high-capacity client requests”.

TekPark is one of TierPoint’s largest facilities offering a total of 250,000 square feet (23,225 sq m) of data center space, infrastructure areas and disaster recovery space and private suites. It is one of six carrier-neutral data centers the company operates in the state of Pennsylvania.

It provides both data center infrastructure as well as disaster recovery services. Acquired by TierPoint via its 2014 acquisition of Xand, it is purpose-built, with foundations bored down to the bedrock, and enclosed by concrete and steel. Network providers at the carrier-neutral facility include Comcast, Reliance Globalcom and Verizon.

Earlier this year, TierPoint raised $320 million in new investment from a consortium led by Argo Infrastructure Partners, Wafra, and Macquarie Capital Principal Finance, partly to repay a second-lien credit facility, but also to help fuel continued growth after the company increased sales bookings by 26 percent in the first quarter of 2020.

TierPoint was founded in 2010 as Cequel Data Centers, a combination of a number of smaller data center providers under a common branding, with the venture financed by investment firm Cequel III. Cequel III had been formed in January 2002 by Jerry Kent, TierPoint’s current CEO and the former CEO of Charter Communications.