Including office and support space 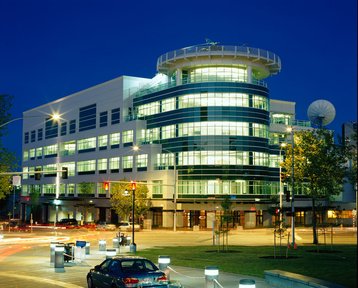 TierPoint expects the expansion to be completed this year, with the total facility then featuring nearly 3.5MW of installed critical load capacity, scalable to 5MW.

"We already have commitments from customers for some of the expanded capacity, and additional room to support the robust demand we're seeing for colocation and cloud solutions in the Pacific Northwest," TierPoint region VP Boyd Goodfellow said.

"Seattle is a key market for us and one of the fastest-growing markets for IT and other technology companies in the country."

The company leases space in the Komo Plaza carrier hotel, which was picked up by GI Partners for $276m in 2017. Earlier this year, TierPoint raised $320 million from a consortium of investors, led by Argo Infrastructure Partners, Wafra, and Macquarie Capital Principal Finance.

The company primarily focuses on markets that are not traditional Internet hubs, with the majority of its 40 facilities found in second-tier locales including Oklahoma, Arkansas, and Tennessee - although it also operates data centers in New York, Texas, and Washington.