Texas asks high-energy users to power down due to heatwave, cryptominers comply

Everyone from residents to industrial-scale Bitcoin miners reduce usage

The grid operator of Texas has requested high-energy users to power down in the wake of heatwaves putting additional strain on the state's energy infrastructure.

The Electric Reliability Council of Texas (ERCOT) requested on Monday that the state cut back on energy use to protect the state’s power grid.

Temperatures in Central Texas reached 110F (43C), putting additional pressure on the state’s power grid and raising concerns about potential blackouts. According to ERCOT data, the state reached an all-time high in energy usage on Friday with 78,206MW.

Extreme heat, along with the additional heat caused by high energy use from additional air conditioning, pushed the infrastructure beyond its limits.

The request to reduce power consumption included everyone from industrial high-energy using Bitcoin mines, to asking residents to turn down the AC and tolerate warmer temperatures.

ERCOT is currently expecting cryptocurrency mining to increase Texas’s energy demand by up to six gigawatts by mid-2023, which would be enough to power every house in Houston. However, these stats predate the current crash in crypto prices.

Lee Bratcher, president of Texas Blockchain Council told Bloomberg: “There are over 1,000 megawatts' worth of Bitcoin mining load that responded to ERCOT's conservation request by turning off their machines to conserve energy for the grid. 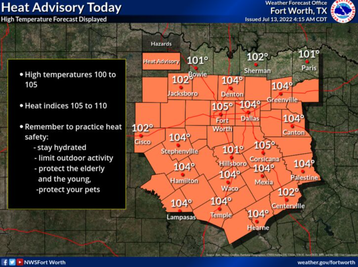 “This represents nearly all industrial scale Bitcoin mining load in Texas and allows for over one percent of total grid capacity to be pushed back onto the grid for retail and commercial use.”

The decision to turn off the Bitcoin mining workload is not entirely altruistic. ERCOT brokers' demand response agreements mean that some Bitcoin miners will be paid to downsize operations during peak demand.

Many cryptocurrency miners went to Texas to enjoy the relatively cheap energy. High energy demand will also correlate with increased energy costs, however, many miners signed long-term fixed price agreements, so they are not as impacted by price spikes.

Despite this, the cryptocurrency mines will still be losing money. Given the sharp drop in Bitcoin prices, public miners' shares have dropped by about 75 percent this year alone.

This is not the first time that extreme weather has threatened to bring down infrastructure in the state. Last year, Storm Uri killed hundreds and brought buildings and semiconductor fabs offline as the deregulated grid collapsed under the strain. Data centers were, however, able to maintain operations due to fuel resupplies.

In May 2022 the North American Electric Reliability Corp reported that the central and upper Midwest, Texas, and Southern California were at an increased risk of blackouts due to extreme weather conditions.

The increased risk is due to potential wildfires, droughts, extreme heat, storms, and flooding.

DCD has reached out to a number of data center operators in Texas for more information about their operations in the wake of the heatwave.

More in The Critical Power Channel