Zimbabwe’s state-owned telco TelOne has launched a new data center in Mazowe, to the north of capital Harare. 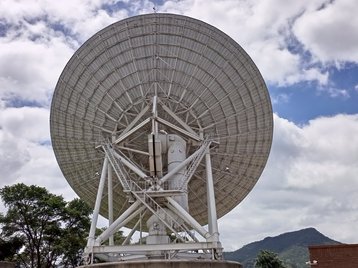 TelOne managing director Chipo Mutasa said the company has invested a total of at least US$4 million in the past four years for 1,300 sqm (14,00 sq ft) of floor space. The facility has been expanded from 14 racks to 34 racks. Tendo Electronics and Power Engineering Company was the telco’s partner on the project.

The Zimbabwe government announced it was expanding the Earth station with a new data center facility to be operated by TelOne in partnership with the Zimbabwe National Geospatial and Space Agency (ZINGSA) in 2020. A budget of $25 million was reported at the time.

“This project, therefore, enhances our data sovereignty by ensuring the personal information of Zimbabweans. This is a valuable commodity in the global market and is kept within our borders for use by our people to bring value to the nation at large. Currently, more than 88 percent of all international traffic is going to the US and Europe,” said Information Communication Technology minister Jenfran Muswere.

“The TelOne data center enables entrepreneurs and corporates to capitalize on the opportunity to produce and distribute local content through local resources reducing our burdens on undersea cables as a landlocked country.”

The TelOne Zimbabwe telecommunications company is owned by the Zimbabwe government and is the country’s sole fixed landline services provider. Wireless providers Econet and Telecel Zimbabwe also operate in the country.

TelOne has previously worked with Huawei to open colo facilities in the country. The Zimbabwean government opened a national data center in Harare last year.