The Estonian subsidiary of the Nordic telecom giant Telia is building a solar power plant to power its data center in Laagri, Estonia.

Details are scant, but the company is expecting the farm to pay back its investment over the next six to seven years.

It is expected to be operational at the end of the summer this year. 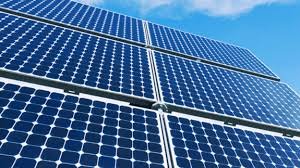 Sun in The Baltics

"The prerequisite for building a solar park is the existence of a suitable area, such as a plot or roof surface. Next to the data center, there is a plot of the right size where it was possible to install solar panels," the head of Telia Estonia’s Network and Infrastructure Unit, Toivo Praakel, said.

"Data centers have a fairly even energy consumption, but there are still small round-the-clock and seasonal fluctuations. For example, in the summer period, somewhat more energy is spent on cooling data centers, and the energy received from the solar park helps to compensate for it.”

Although no details have been given about the production capacity of the project, Praakel admitted that the solar farm does not meet the energy needs of the entire data center, but it will reduce costs. The Estonian Government is also offering the company incentives to build the solar power plant but no details concerning these incentives have been released.