But as soon as the deal closes, the holding company will sell 80 percent of its stake to Shwe Byain Phyu, a local conglomerate with alleged ties to the military junta. 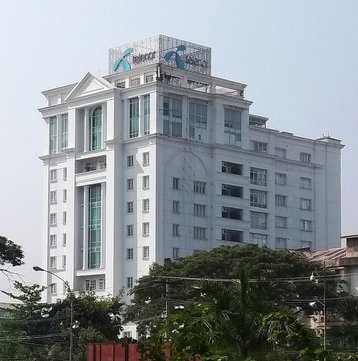 Telenor first announced its sale last July, after the 2021 Myanmar coup d'état brought a brutal military junta into power. The military told telcos that "they had until Monday July 5 to fully implement intercept technology they had previously been asked to install to let authorities spy on calls, messages and web traffic and to track users by themselves," forcing Telenor to try to offload the division, lest it get caught in European Union sanctions.

“Telenor has to leave Myanmar to be able to adhere to our own values on human rights and responsible business, and because local laws in Myanmar conflict with European laws," Telenor group president and CEO Sigve Brekke said.

"The security situation is extreme and deteriorating, and we must ensure that our exit does not increase the safety risk for employees. With limited options available, the sale of Telenor Myanmar is deemed to be the most realistic alternative to keep our employees safe."

The company claimed it was "significantly constrained" in its choices, and was not involved in any dialog between M1 and local partner Shwe Byain Phyu.

Justice for Myanmar reports that Shwe Byain Phyu has a track record of working with the Myanmar military and sanctioned business like the military-owned Myanma Economic Holdings Limited conglomerate, Myanmar Economic Corporation, and Myanma Gems Enterprise.

The human rights group called on the sale to be stopped, adding: "If the sale goes through and the terrorist junta gains control of Telenor Myanmar, these individuals could be complicit in crimes against humanity."