Luigi Gubitosi is out, as new investors may come in

The Financial Times reports that Luigi Gubitosi quit after a clash with the company’s largest shareholder, Vivendi, at a Friday board meeting. 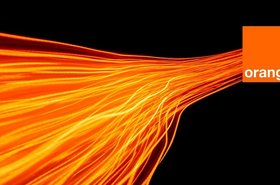 Vivendi, which holds a 24 percent stake in the Italian telco, previously said that it held Gubitosi responsible for the company's lackluster performance. Other board members had also requested discussing the CEO's future at the Friday meeting.

KKR offered a 45 percent premium on TIM's share price at the time of the offer - but still around half of what Vivendi paid to get its stake in 2016.

The FT reports that the French conglomerate was convinced that KKR's offer had been launched with Gubitosi’s help behind their backs, with Gubitosi having previously acquired a 37.5 percent stake in Telecom Italia’s ‘last mile’ network last year.

“Vivendi is a long-term shareholder and we want to work with the government and other institutions to get Telecom Italia back on track,” the company said when the offer was first made.

“We’re not happy with the performance... The important thing is to stop this ship from going down.”

With the scale of the debt, KKR is thought to be considering partnering with fellow private equity firm CVC Capital to share the acquisition costs and risk, Bloomberg reports.