Orange CEO Stéphane Richard will leave his role before the end of January, after being found guilty in an embezzlement case.

The telco CEO was sentenced on Wednesday by the Paris appeal court to a one-year suspended jail sentence and fined €50,000 for complicity in the misuse of public funds. 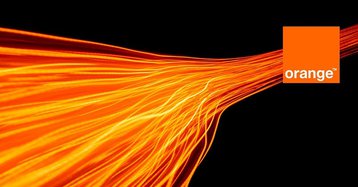 The issue dates back to 2008, when Richard was the chief of staff of then Finance Minister Christine Lagarde.

At the time, millionaire and convicted tax fraud Bernard Tapie was in the midst of a decades-long dispute with a former state-owned bank over his sale of the Adidas company in 2013. The businessman and ex-politician, a close friend of then-President Nicolas Sarkozy, sought hundreds of millions in alleged lost compensation.

Lagarde stepped in, ordering an out-of-court settlement, with a panel of judges ruling that Tapie should receive €403 million ($453m) in damages from the French state.

With a number of irregularities noted in the decision-making process, a French court in 2011 ordered an investigation into Lagarde's role in ensuring the process was not handled by the public courts. In 2013, her apartment was raided, but two days later she was granted the status of "assisted witness."

By this time, Lagarde had become the head of the International Monetary Fund, taking over in 2011 after the former head, Dominique Strauss-Kahn, resigned amid allegations he tried to rape a hotel maid.

Lagarde, who was found guilty of negligence over the affair in 2016, is now the President of the European Central Bank.

For Stéphane Richard, the story is just as convoluted, with charges against the executive changing over the course of the investigation. He was acquitted in 2019, but this week's ruling reverses that decision.

“He carried out serious wrongdoing by favoring the interests of Bernard Tapie to the detriment of those of the state,” Judge Sophie Clement said in court.

Finance Minister Bruno Le Maire previously said that the Orange CEO would have to quit if he was convicted. The French government holds a nearly 27 percent stake in Orange.

"The accusations of complicity in the misuse of public funds are without any foundation whatsoever and have no basis in fact. I reject them absolutely and will now take my appeal to the French high court of justice [Cour de cassation]," Richard said in a statement.

"No new elements have emerged in this appeal process and I remind you that I was totally acquitted in first instance by the Court. During the process, the charges have shifted from fraud to complicity in fraud and then to my full acquittal, and now today to the dismissal of the complicity in fraud charge, but a verdict on a new charge of complicity in the misuse of public funds... This is totally incomprehensible and profoundly unjust. I simply carried out a ministerial decision to go to arbitration for which Christine Lagarde assumed complete responsibility and for which she was then found guilty of simple negligence."

Following the ruling, the Orange board withdrew Richard's mandate, and he was forced to resign. A search is underway for a replacement.