Oceania's subsea cables are having a bad few months

Tasmania was left without an Internet connection for several hours due to submarine cable cuts.

Australian telco Telstra believes the outage was due to two separate cable cuts en route to the island, which lies south of Victoria, Australia.

A spokesperson for the company said that “there is an impact to fixed and mobile data, some voice calls will be getting through, and there is no impact to Triple Zero [emergency number] services.” 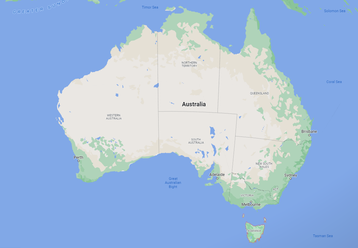 The outage began at around 1:38pm AEDT, March 1. By 2:25pm, local state-owned telco TasNetworks said that some connectivity was restored, but it wasn’t until 7pm that there was a full Internet connectivity service available.

According to Telstra, the connection loss was due to third-party civil works causing significant damage to the cable in Melbourne.

“Our network across the Bass Strait is configured with multiple redundancies, with the two main links providing back up for each other, and a third smaller link being available for priority traffic (such as Triple Zero and voice) on the very rare chance both main links go down," the company said. "Unfortunately, this is what has occurred."

The continent has recently suffered a number of damaged cables.

The January 15 eruption of volcano Hunga Tonga-Hunga Ha’apai severely damaged the submarine cable keeping Tonga connected. The cable ended up needing more than 50km of new cable to enable the repair, and a missing repeater - worth $230,000 - had to be entirely replaced.

Researchers from the University of Auckland in New Zealand, Ulrich Speidel and Shane Cronin, detailed the repairs process in a blog post.

Cable repair ship 'Reliance' was sent from Papua New Guinea to mend the cable. The vessel deployed a Remotely Operated Vehicle to find the cable break, only to discover it had drifted 5km towards the volcano.

Once located, the crew performed a Holding Drive, where the ship tows a sled with a grapnel hook to pick up the severed cable. This is then tied to a buoy and, when the other part of the cable is located, reconnected.

While the main cable connecting Fiji to the mainland of Tonga has been repaired, the Reliance was not carrying enough spare cable, and some parts of Tonga remain unconnected.

Speidel said “any new cable is likely to be 6–9 months away. Until this stretch of cable can be fixed, the rest of Tonga (particularly Vava'u and Ha'apai that have had service via the domestic cable) will now need satellite service.”