Cable linking main island of Tongatapu to Fiji and outside world repaired a month after underwater eruption; domestic cable due to be fixed soon

Tonga’s international subsea cable has been repaired, more than a month after it was damaged by an underwater volcanic eruption.

Digicel has announced that the international undersea cable between Tongatapu and Fiji has been restored returning data connectivity to the outside world. However, the domestic cable is still down and there is no communication in Vava’u. 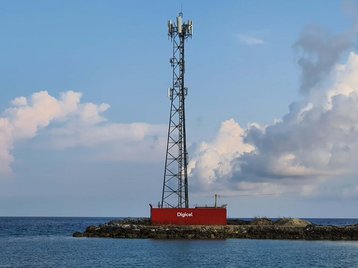 Samiuela Fonua, chair of Tonga Cables Limited, said the repair crew completed rejoining of the broken cable on Monday before they commenced 24 hours of testing for faults.

Last month, a large underwater volcano erupted close to Tonga, triggering tsunamis reaching heights of almost three feet in places. Both the international Tonga Cable – laid in 2013 and running 827km to Fiji – and the Tonga Domestic cable connecting the islands of Vavaʻu, Lifuka, and Tongatapu were damaged.

The cable had multiple faults and breaks along some 50km due to the volcanic activity and the submarine repair vessel worked for more than 2 weeks to fix it. Digicel said intermittent internet services were restored with the help from international partners including Telstra, Spark, SES, and NOVELSAT.

Fonua said the company originally thought there were two breaks, but found far more extensive damage upon closer inspection. A new length of cable was laid to replace the damaged section.

“In between those two breaks, the [repair] boat has now discovered that the cable was cut into pieces [and] pretty much shattered," Fonua said. "There [were] probably four to five cuts and a lot of the cable pieces were displaced."

Digicel Tonga CEO, Anthony Seuseu, added: “We are delighted to see that our customers are connected to the outside world again and we want to thank you for your patience. Our customers can now connect with friends and family, do their online business with international partners, surf and stream the internet seamlessly and enjoy movies, music, sport, and more on their smart devices."

“We have learned some tough lessons and we know how important internet connection is to our people. The recent incident has also provided the opportunity to our team to look at increased investment and network optimization to plan and prepare better for a catastrophic event of such nature in the future,” he said.

As well as the main island Tongatapu, the island of ʻEua is also reconnected. Fonua said the cable repair vessel has headed straight for the domestic cable. Digicel said its technical team has set up a satellite link to restore connectivity for Ha’apai Island and is working to get Vava’u back online “this week”.

Prime Minister Siaosi Sovaleni told ABC the loss of connectivity to the outside world was an "eye-opener" for Tongans who relied on the cable.

"I'm pretty happy that we are back online," Sovaleni said. "We had some capacity via satellite but nothing compared to what we're having right now with the cable being reconnected.”

"It was a major task, given the amount of damage, and we thought it would be fixed a week ago,” he added. "It's also a learning experience on how we use communication and what communication means to us in terms of carrying out our duties."

In the wake of a 12-day outage in 2019 was caused by a Turkish-owned boat that got the cable caught in its anchor, the Tongan Government signed a 15 year deal with Kacific to use the company’s Kacific1 satellite for connecting communities in 89 remote outer islands and fiber back-up during cable outages. However, disagreements led to arbitration proceedings between Kacific and the Tongan Government in a Singapore court. While Kacfic was cleared to offer services in the wake of the eruption, the proceedings are seemingly still ongoing.

Fonua told ABC a backup cable has been explored before but would be expensive. However, the idea could now be explored again.

"I think we are now being given some assistance and support from the New Zealand government and Australian government to make a full assessment of the requirements for Tonga to have enough capacity for [a] backup,” he said.