The Tokyo Stock Exchange (TSE) closed for the day today after a technical fault made trading impossible.

Trading was suspended due to an issue in the system which relays market information. TSE gave no details of the fault and said it does not know when the issue will be solved. This is the worst fault since Tokyo switched to electronic trading in 1999, according to the Financial Times. The outage also brought down exchanges in Nagoya, Fukuoka and Sapporo, which use the TSE’s system, but did not affect the Osaka Exchange, which deals in derivatives. 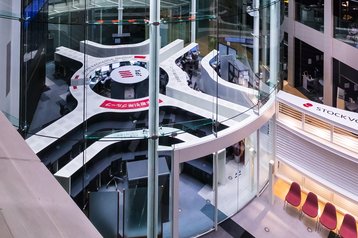 TSE, the world's third-largest exchange, announced there would be no trades, before the market was due to open at 9am. It's the first big outage since 2005, and no cause has been announced. A briefing from the TSE president is expected shortly.

“The timing is really just bad,” said Takashi Hiroki, chief strategist at Monex in Tokyo, in a widely quoted statement. A large release of economic data was due on the first day of the new financial quarter, and the market was expected to react to the latest moves in the US Presidential election.

The exchange uses Arrowhead, a trading system built by Fujitsu, also in use at the other exchanges which closed. The Arrowhead system was installed in 2010, and the last major upgrade was in November 2019. There's no statement yet about whether the Fujitsu system was to blame - but the company has told media that it is investigating. A cyber attack is not suspected.

Brokers are taking orders, but warning that they may not go through.