The New York Stock Exchange (NYSE) closed for almost four hours yesterday due to what officials called a “configuration problem”.

The exchange closed at 11.32am local time and returned to life about 3.10pm. Officials said there was no evidence of a cyber-attack, with the president of the NYSE, Thomas Farley, describing the cause as a ‘technical configuration’ problem. An investigation is underway. 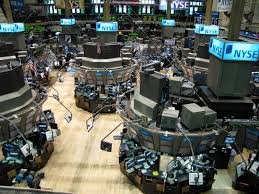 On the same day, the Wall Street Journal (WSJ) and United Airlines also had apparently-unrelated computer problems, taking the WSJ offline and grounding some United flights.

Homeland Security secretary Jeh Johnson said there was no indication the NYSE outage was linked to a cyberattack.

Stocks closed down on the day by about 1.5 percent, on a day when the Chinese markets were also in rapid decline and Europe’s crisis over Greece continued.

The NYSE has a disaster recovery site in Chicago, but Farley said the outage was not severe enough to bring this into use.  “It was never really an option for us to go to the disaster recovery,” he said, adding that the Exchange would only move operations in the event of a catastrophe, such as a hurricane.