And there are a further 132 facilities in the development pipeline

The number of hyperscale data centers, mostly used by major cloud companies and social networks, has increased by 11 percent in 2018; according to Synergy Research, there are now 430 facilities in the world that could be considered ‘hyperscale,’ operating hundreds of thousands of servers.

In the past 12 months, new hyperscale data centers were opened in 17 different countries. 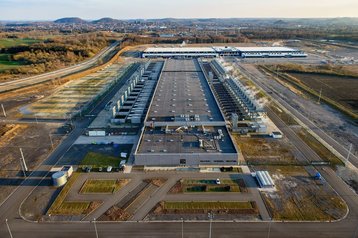 You ain’t seen nothing yet

In terms of construction, Amazon and Google were the most active operators, responsible for more than half of all new hyperscale projects.

The companies with the highest total data center footprint were all familiar names: Amazon, Microsoft, Google and IBM, with at least 55 data center locations each – naturally, not all of them can be considered ‘hyperscale.’ Alibaba and Oracle also have a notably broad and growing data center presence.

Synergy estimated that there are another 132 hyperscale data centers in development – most of them will serve the needs of Google, Amazon, Microsoft and Facebook.

“Hyperscale growth goes on unabated, with company revenues growing by an average 24 percent per year and their capex growing by over 40 percent - much of which is going into building and equipping data centers,” said John Dinsdale, chief analyst and research director at Synergy.

“There is no end in sight to the data center building boom.” 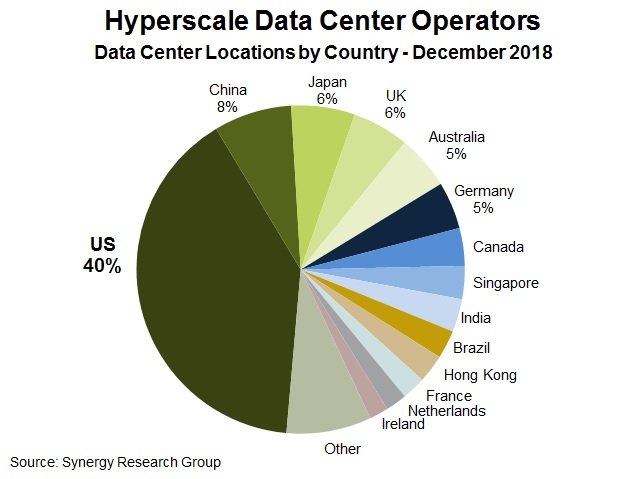 An important thing to note is Synergy keeps its definition of hyperscale a secret, which is only revealed to paying customers. The research firm previously told DCD that the total cost of the facilities plays an important role in its analysis.