Work is underway on a 750,000 square foot data center in Henderson, near Las Vegas, Nevada.

The true identity of the company behind the facility is not known; it is operating under the pseudonym of Jasmine Development LLC. 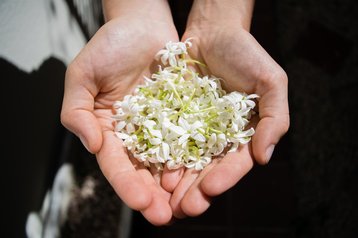 The company was incorporated last year in Delaware by Corporation Service Company (CSC), a legal and financial services provider used by major corporations to obscure their identity when negotiating major purchases.

Las Vegas Review-Journal, which first reported the news, claimed that "speculation is swirling that the facility is for Internet-search giant Google," but was unable to find definitive proof. Last month, an anonymous source on Twitter repeated the claim that the site was owned by Google.

Google is indeed known to have employed CSC for data center projects, with a recent example being its proposed Midlothian, Texas facility, which was originally negotiated through pseudonymous companies Sharka and Jet Stream.

However, Google is not alone in this practice - often used to help with tax break negotiations, and to make it harder for competitors to track one's moves. Facebook in particular has favored this approach, operating under aliases including Raven Northbrook, Greater Kudu and Stadion.

Henderson city spokesperson Kathleen Richards and the Governor’s Office of Economic Development spokesperson Brian Baluta told the Review-Journal that they were unable to comment.

DCD will continue to look for clues in county documents, and will update this story if we find anything. If you have any information, let us know confidentially. If not, perhaps WikiLeaks will do it for us.