Coming in under budget and ahead of schedule

Hopefully it won't be used much 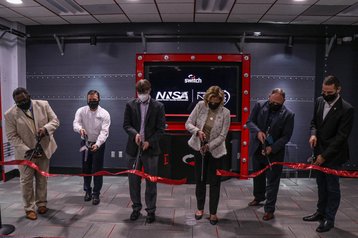 “Our emergency responders deserve the fastest and most reliable communications available to effectively respond to nuclear or radiological incidents or accidents,” NNSA Administrator and DOE Under Secretary for Nuclear Security Lisa E. Gordon-Hagerty said at a ribbon-cutting earlier this month.

“As a steward of American taxpayer dollars, I am strongly in favor of spending less money on NNSA data storage and operations, while retaining a highly secure cyber-environment.”

The ECN data center migration project is estimated to cost $7.8 million, and was completed ahead of schedule and under budget, the DOE and Switch said.

For its primary enterprise compute needs the NNSA is in the midst of a shift to the private cloud, while its nuclear weapons simulations require some of the world's most powerful supercomputers. In early 2023, the agency hopes to deploy the two exaflops El Capitan supercomputer.