US insurance provider State Farm has bought renewable power for its Texas data center as part of its pledge to reduce its carbon footprint.

The Illinois-headquartered company this week pledged to reduce its greenhouse gas (GHG) emissions by 50 percent by the end of 2030. As part of that goal, it has made a renewable power purchase commitment for its Richardson, Texas office and data centers. 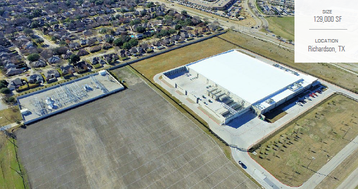 "For nearly one hundred years, State Farm has functioned on the belief that being a good neighbor means being good stewards of the neighborhoods we serve," said State Farm Chairman, President & CEO Michael Tipsord. "We want to help make a better world by building resilient futures, empowering good neighbors, and protecting what matters."

The company this week released its first-ever Environmental, Social, and Governance Snapshot report, though it doesn’t contain details of the purchase agreement, but said it would emphasize reductions from direct GHG emissions from company facilities and vehicles as well as indirect GHG emissions, such as those from the generation of electricity supplied to the company.

DCD has reached out to State Farm requesting more details about the purchase agreement.