Visa has signed an agreement to power its Virginia data center with renewable energy.

The global payments company has entered a multi-year energy agreement with Shell subsidiary MP2 Energy LLC to power its data center in the state with 100 percent renewable energy from solar sources for five years.

The Virginia facility is Visa’s largest and accounts for over one-third of the company’s global electricity usage. The agreement supports renewable electricity generation coming online to the grid from new solar projects in the state from which MP2 Energy will procure electricity from.

Missed DCD’s Towards Net Zero conference? Click here to catch up and watch it back on demand 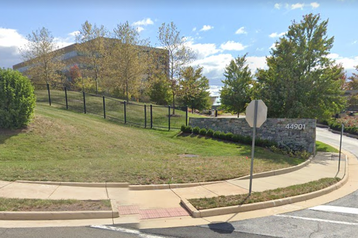 “Promoting sustainable ways of doing business to combat climate change is a key part of our sustainability strategy,” said Douglas Sabo, Visa’s chief sustainability officer. “The agreement with MP2 Energy contributes to Visa’s climate action agenda, supports new renewable energy generation across the commonwealth of Virginia, and contributes to a positive impact on the environment and local economic development.”

“We used our market knowledge and expertise to integrate a package of renewable resources that meet Visa’s needs,” said David Black, CEO, MP2 Energy. “We’re really pleased to show a tangible example of the benefits of allowing businesses in the commonwealth to have competitive choices in meeting renewable energy supply goals.”

“Visa’s new agreement with MP2 Energy supports demand for renewable generation and, by extension, creation of job opportunities in the renewable energy sector in the commonwealth,” said Governor Ralph Northam. “Companies like Visa, leveraging the expertise of industry leaders such as MP2 Energy, helps Virginia advance the goals of the Clean Economy Act and the commonwealth’s Clean Energy Policy. This announcement reinforces our leadership position among states proving that a clean environment and a strong economy go hand-in-hand.”

Last year Visa announced it had transitioned to 100 percent renewable electricity for its offices and data centers through a combination of enrolments in utility and other renewable programs and the purchase of renewable energy certificates. The company first set the renewable target in 2018.