Skybox Datacenters and Prologis are investing $13.7 million to convert an empty warehouse in Illinois into a data center.

The two companies were granted 6B Tax Break - which offers a real estate tax incentive for the development of new industrial facilities, the rehabilitation of existing industrial structures, and the industrial re-utilization of abandoned buildings - by Elk Grove Village trustees for the project during a February 9 village board meeting.

Prologis is a supply chain-focused warehouse REIT, best known for owning most of Amazon's e-commerce warehouses.

FEATURE: Why land in Chicago is seeing a bidding war between data centers and retail warehouses

Elk Grove gets another data center 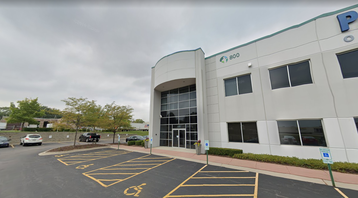 The two companies plan to convert a vacant warehouse at 800 E. Devon Ave in Elk Grove Village, Illinois, northwest of Chicago. The 189,000 square foot Prologis-owned site was built in 2005 and has been vacant since 2020. The aim is to turn the facility into a “turnkey data center powered shell” with a projected completion date of January 2022.

Renovations to the site would include adding power generators, a new roof drainage system, water detention infrastructure, facade enhancements, landscaping, and an eight-foot iron fence around the perimeter.

"That's great for Elk Grove. It [creates] jobs for the work they're going to be doing. It's jobs for the workers when they open and operate. And it takes a building that was vacant and gets it usable in today's needs," said Mayor Craig Johnson at a recent meeting.

A 6B property tax incentive lowers property tax rates for a period of 12 years, reducing rates from 25 percent to 10 percent for the first 10 years, before incrementally rising to 15, 20, and 25 percent in the following years.