The Illinois State Senate approved the tax break on Saturday, and have now been signed off by Governor JB Pritzker, reports The Real Deal.

The incentives, added at the last minute to the state’s $45 billion capital spending plan, were pushed by the Illinois Chamber of Commerce, a private lobbyist group which lists Equinix as a new member. 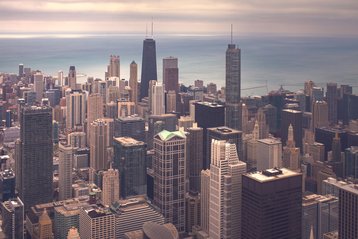 In order to qualify for the tax breaks, data center owners and tenants must invest a minimum of $250 million in capital expenses in the state within a five-year period.

Each new data center will also be required to meet an unspecified green building standard such as a LEED certification.

New facilities must also employ 20 or more full-time unionized workers and pay these employees’ wages at least 25 percent higher than the median income in their respective county.

Also included in the budget is a 20 percent income tax break for developers who build new facilities in high-poverty areas in Illinois.

The spending plan will make the tax incentives law for the next 10 years, and after that period the senate will have the option to renew the plan.

Tyler Diers, legislative relations director for the Illinois Chamber of Commerce said: “[This is] a giant step in aligning Illinois to 30 other states that offer incentives to attract data centers

“This proposal will offer our downstate communities a shot at the digital economy, while providing great paying, local IT and construction jobs. The Illinois Chamber applauds this bipartisan effort to strengthen our technology ecosystem.”

After Northern Virginia and Dallas Fort Worth, Chicago is the third largest network of data centers in the US. The state's total data center power capacity at the end of 2018 was 555MW across 4.3 million square feet of facility space, according to JLL.

Data center tax incentives have been pursued across the US a lot over last few years. Sales tax exemptions on electrical equipment are particularly common, but there are local differences in how a state tries to entice more data center development. So while Illinois might offer a bonus for building a deprived area, Indiana offers a significant tax exemption on the electricity used in the data center.