A new Government data center is being built in Senegal with the aim of ‘guaranteeing Senegalese digital sovereignty.’

President Macky Sall this week commissioned the Diamniadio National Datacenter. All government data and applications will be migrated there, and it will host them in future.

“I’m instructing the government from henceforth to migrate all state data and platforms to the data center. We have to rapidly repatriate all national data hosted out of the country,” President Macky Sall said at the launch of the new facility.

State-owned businesses such as national electricity company Senelec will also move their data to the center in tandem with government agencies, Sall said. 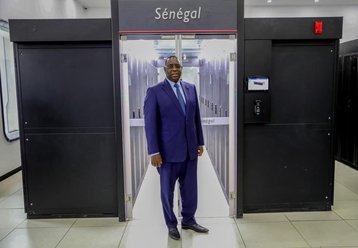 The new data center, located at the Digital Technology Park in the city of Diamniadio, will be managed by Senegal’s state IT firm State Informatics Agency (ADIE). The facility has a hosting capacity of 500 sqm (5,400 sq ft).

The 46 billion CFA francs ($18.2 million) data center was financed with a Chinese loan and built with Huawei providing equipment and technical support. The first phase of the new facility will be open in around six months' time and offer hosting services to enterprises and other public bodies.

“With this data center, the Senegalese state will be sovereign in terms of data storage. It is a tool that will preserve our informational heritage and benefit the public administration and private companies [national and international]. Until now, the majority of our data has been stored outside, in the United States and in Asia in particular,” added Cheikh Bakhoum, director of the State IT Agency.