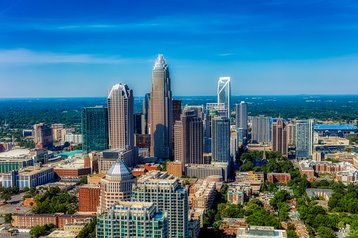 The two companies have not disclosed the price of the acquisition.

As well as being a colo provider, ScaleMatrix sells enclosures for server racks with pre-installed cooling technology. The company recently launched a modular enclosure, so it will likely be incorporating Instant Data Centers modular designs into its enclosures.

Chris Orlando, ScaleMatrix CEO and co-founder, said: “The demand to place IT workloads in even more challenging environments continues to evolve, and our acquisition of Instant Data Centers sets the stage for us to be able to help customers truly deploy any hardware, at any density, anywhere.”

He added: "Across the spectrum of industries, our clients are increasingly requiring their IT resources to be closer to where the decision processes and data creation is occurring, especially as artificial intelligence continues to gain traction.”

ScaleMatrix said it plans to aggressively expand its data center and cabinet technology businesses, with eyes on a global expansion. Back in 2012, the company nearly doubled the size of its San Diego data center, and last November, ScaleMatrix opened a data center in Charlotte, North Carolina.

Despite a boost in 2012 when AOL contracted the company to build units for the Internet provider, Elliptical floundered, and went into liquidation in January 2015.