Russia's Gazprom hopes to spend 12 billion rubles on foreign IT, but sanctions will limit options

That's $109m right now, but will likely be less by the time you read this

There's just one problem: Russia as a whole is being sanctioned for invading Ukraine, and Gazprom has been targeted for specific sanctions, limiting the company's access to foreign equipment. 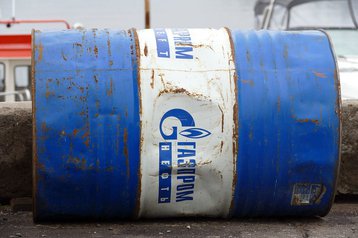 It's also not entirely clear how much 12 billion rubles will be worth by the time Gazprom can find a supplier.

On February 11, that would have been worth about $159m. On the day the tender notice was posted, February 28, it would have netted around $144m.

Applications for the tender, first spotted by Cnews, are currently set to be accepted until March 16.

Given that such a long and detailed list of equipment takes time to collate, it is likely that Gazprom began preparing the tender well before the invasion of Ukraine.

Therefore, it is not clear it took into account the freefalling value of the ruble, and the fact that most IT companies around the world will not work with them.

The US and UK governments have levied debt sanctions against Gazprom, Gazprombank, and Gazprom Neft. White House spokesperson Jen Psaki said that the US is "very open" to imposing further sanctions on Russia's oil and gas industry.

This past week, Shell and Eni both pulled out of major joint ventures with Gazprom. However, the company announced a major gas deal with China that could supply 50 billion cubic meters of natural gas per year to the Asian nation if it goes ahead.