Report: Oracle to sack over a thousand staff in Europe

More job losses on the way, according to reports

Oracle may be cutting over a thousand jobs across its European business, according to reports.

Around 200 people could be at risk of being laid off by the company at Oracle's Eastpoint Business Park campus in Dublin. Amsterdam, The Netherlands, and Malaga, Spain, were also mentioned as possible areas affected by cutbacks. Supposedly, with all the potential losses taken into account, the figure may exceed 1,000.

According to The Irish Times, there may be as many as 1,300 people laid off. This comes, the paper says, after a poor result in Oracle's quarterly revenue estimates. Oracle had a poor second quarter in documents released in November, which showed that revenue from cloud and on-premise licenses fell seven percent to €1bn ($1.3bn).

The victims of the layoffs are believed to work across sales, business development, and solutions engineering. Employees were told that if they were laid off they could still reapply for other roles. However, The Irish Times said one source was told they should expect official notice next week and receive compensation. 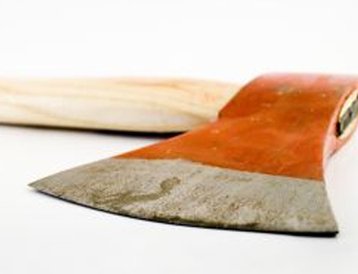 Last year, the tech company sacked hundreds in a dramatic series of lay-offs. In March, hundreds of Oracle staff were fired after the company decided to make cuts across its divisions and focus on its cloud platform.

Don Johnson, executive VP of Oracle Cloud Infrastructure sent an email to all employees titled “Organizational Restructuring.” The email detailed how the company was to revolve around the Oracle Cloud Infrastructure but made no mention of any sackings, tellings staff to gather the next morning "to get more information about what this means for our team and the business."

In a cinematic series of knock-offs, many were let go. At a meeting with their respective head of department, employees were told it was their last day, and given half an hour to leave the building with their things.

Some entire teams were fired en masse. Few were safe and some members of Oracle's cloud division also got the chop.

In May last year, the company fired another 1,000 employees. The decision was announced in an internal meeting, according to Chinese media.

Oracle reportedly closed a research and development (R&D) center in China - axing hundreds of jobs in the process.

"The R&D center is gone as of Tuesday," an anonymous Oracle R&D employee from Beijing told the Global Times.

The China R&D Center (CDC) operated for about 20 years in the Beijing area and oversaw work at facilities in Shenzhen, Nanjing, and Dalian. It had about 1,600 employees and the cut accounted for nearly 60 percent of the workforce. The company has five other R&D centers and nearly 5,000 employees in China.

Back in 2017, Oracle got rid of about 450 employees in its Santa Clara hardware systems division. The Mercury News reported on the story after a letter was sent to the US Employment Development Department.