Sources claim the facility will be built for a Japanese enterprise

Ringeriks-Kraft was unwilling to disclose the company’s name, but government-backed group Oslo Data Center Location said that the customer had several subsidiaries listed in the US, Europe and Asia.

Additionally, sources told E24 that it was a medium sized Japanese enterprise – and confirmed it was neither Google, Facebook, Amazon, Microsoft nor Apple. 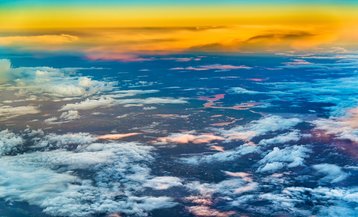 Most of Ringeriks-Kraft is municipally-owned, but for 15 percent held by mutual insurance company KLP. The deal between the energy provider and the data center developer is said to have amounted to 370m Norwegian Krone, or $48.1m. Ringeriks-Kraft will begin supplying power to the facility in February, to be ramped up in August when the data center comes online.

Compared to its Scandinavian peers, Norway has been measured in developing its ICT infrastructure, despite recently introducing new tax rules which could make the country a more attractive location for data centers.

Neighboring Sweden and Denmark have established themselves as prime locations for hyperscale facilities, with vast expanses of land in a cold climate and the availability of cheap and abundant renewable energy.

Google, Facebook and Apple have set their sights on Denmark, and Sweden’s attractive energy prices have seen companies buying land, signing deals and building data centers to benefit from the cost savings directly – including a 35MW bitcoin mining facility in Northern Sweden.

The title of “largest data center in Norway” is up for contention, however, as in addition to this latest project, last year developers launched the Lefdal Mine data center in  in a former mineral excavation site in Måløy, claiming it would become Europe’s largest facility once complete.

As DCD reporter Sebastian Moss learnt when he attended the facility’s launch, the data center, which has the potential of being expanded to offer 1.3 million square feet (120,000 sq m) of total floor space, is currently occupied by just a handful of tenants, including founding partners IBM, Friedhelm LOH, Fortuitus, and Innovo Cloud, which increased their capacity by 3MW and 1MW late last year.