The Quebec Government is to invest and loan a total of C$90 million (US$71.9 million) to local data center firm QScale.

The Quebec government this week confirmed it was providing the company with a C$60 million (US$47.9m) loan, as well as making a C$30million (US$24m) investment in the business.

Quebec-focused fund manager Deszardins Capital will invest C$60 million (US$47.9m) in the project, while various local private investors are to invest a total of C$45 million (US$36m) into the venture. 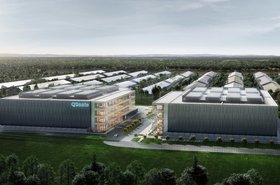 4Degrés data centers founder back with new company and plan

“The construction of a data processing center in Lévis is proof that, despite the global pandemic, Quebec is succeeding in carrying out major economic projects and preserving its competitiveness,” said Geneviève Guilbault, Deputy Premier, Minister of Public Security and Minister responsible for the Capitale-Nationale region.

Construction has started on the first campus located in Lévis, outside Quebec City. Located near facilities belonging to Hydro-Quebec, the campus will have access to an energy capacity of more than 140MW.

The CAD$867 million project will be deployed in eight phases with Phase 1 to be completed by the end of 2022. This set of funding will be used to deliver the first phase of development.

“QScale embodies Quebec's aspirations in terms of the economy, knowledge and sustainable development. It is an innovative integrative carbon-negative project with an eye to the future. It is the work of a lifetime, and I am fortunate that the conditions aligned for this project to become reality,” said Martin Bouchard, QScale's president

The company plans to include greenhouses on site warmed by excess heat from the data center, which its says could produce 2800 tonnes of small fruit and more than 80,000 tons of tomatoes per year.

QScale was founded by Vincent Thibault, Dany Perron, and Martin Bouchard. Bouchard previously founded software company Copernic as well as 4Degrés data centers, which was sold to Videotron in 2015 before Vantage bought the facilities in 2019.

The company is reportedly planning a second facility in the Ecoparc de Saint-Bruno-de-Montarville, Montreal

“Since we firmly believe in QScale's business plan, Desjardins Capital will invest C$60 million. This is one of our most important investments since our founding," added Guy Cormier, President and CEO of Desjardins Group. “By supporting a circular economy, QScale has just changed the landscape for international high-density data processing centers. It demonstrates the essential economic role that Quebec entrepreneurs play in the evolution of Quebec's economy.”