That also knocked most of its Internet offline

The country is slowly returning from the Jan 9 incident, which also impacted Internet services. 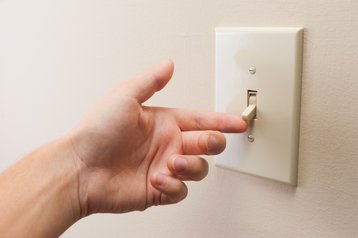 "A countrywide blackout has been caused by a sudden plunge in the frequency in the power transmission system," Pakistan's Energy Minister Omar Ayub Khan said on Twitter.

The country's Ministry of Energy tweeted that a preliminary investigation indicated that the thermal power plant in Pakistan's southern Sindh province developed a fault on Saturday night.

“The fault caused the country’s high transmission lines to trip, which in turn caused the system frequency to drop from 50 to 0 in less than a second,” the ministry's official account tweeted. “The drop in frequency caused power plants to shut down.”

Thankfully, most mission-critical infrastructure like hospitals and airports quickly switched to generators to stay powered.

Individual data centers may have also moved to diesel, but with the entire power grid out of action, most of Pakistan's network was also impacted, along with end-users.

Six hours later it was 52 percent of ordinary levels.

"Metrics indicate that impact is highest at the edge of the network while critical infrastructure and telecommunication exchanges are less impacted, likely due to effective failover to backup power," Netblocks said.

At a press conference, a Ministry of Energy spokesperson warned that it could take some time for power to return to every affected region, but that major cities were already being powered back up.