Flotation is coming on Euronext platform

OVHcloud has picked three banks to manage its flotation on the French stock market, according to reports.

The French cloud provider still smarting from a disastrous fire that destroyed one of its data centers in Strasbourg, will have an initial public offering (IPO) on Euronext later this year, according to plans announced earlier this year. Now, the flotation will happen with the help of three banks - BNP Paribas, Citi, and JP Morgan - according to sources who spoke to Global Capital. 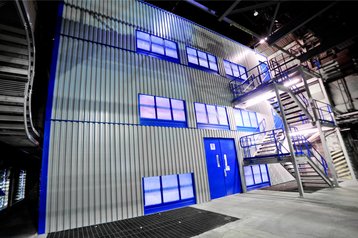 OVHcloud announced its IPO in March, just one day before the fire which destroyed the SBG2 data center in Strasbourg, as well as disabling the SBG1 facility. Since the fire, the company has concentrated on moves to restore service to customers and has promised to offer a resilient cloud service in future. It has said nothing about any progress towards the IPO.

At the same time, OVHcloud founder and chairman Octave Klaba, whose family owns 80 percent of OVHcloud, has taken time off from managing the disaster recovery effort in Strasbourg, for a personal business venture to buy the bankrupt gaming company Blade and its Shadow cloud gaming service. Klaba's Twitter stream is now a mix of mitigation messages about the Strasbourg incident, and excited promises about future Shadow offerings.

The French financial sector will be looking at the IPO with considerable interest as, if it goes ahead, it will be one of the largest in the country this year. During 2020, activity was understandably slow, with only one French IPO larger than €150m: a special purpose acquisition company (SPAC) called 2MX Organic. In February, Hydrogen Refuelling Systems listed, at €97 million.

Following last year's pandemic, there's a large spinoff in process: on the back of Covid-19, pharmaceutical firm Sanofi hopes to spin out its ingredients business by 2022, creating a company with €1 billion in revenue. And French utility Engie is subject to market conditions. The spin-off will create a new company with around €1bn of revenues by next year.

OVHcloud has not made any comment on its IPO plans, but it has warned that the final report on the cause of the Strasbourg fire will not be published until 2022. This delay is apparently due to government involvement in the report on the cause. However, if the IPO does go ahead this year, it could happen while the cloud company still has a potentially damaging report hanging over its head.