Coming next year, could be the fastest server chip on the market

Grace is based on the Neoverse Armv9 architecture, and consumes 500 watts of power across the two processors. 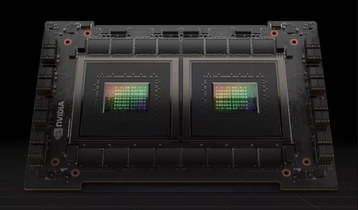 The two processors are connected using the NVLink-C2C, a new proprietary chip-to-chip interconnect. Its memory subsystem provides up to 1Tbps of bandwidth.

The company claims that the Grace CPU Superchip offers 1.5x more performance in a SPEC benchmark than two of last-gen 64-core AMD Epyc processors (the ones Nvidia uses in its own DGX A100 servers).

Nvidia said that the Grace CPU Superchip will be the fastest processor on the market when it ships in early 2023 for a range of applications.