A small system for a small country

The University of Waikato has installed a new supercomputer that it says is the fastest AI system in New Zealand.

Installed by Fujitsu, the supercomputer is a single Nvidia DGX A100 system that takes up one quarter of a rack in the university's main server room. 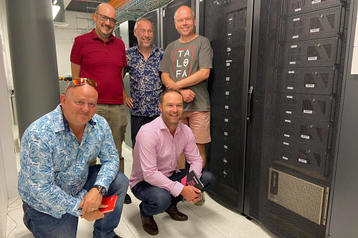 “This computer will allow our researchers to process that data in a matter of days," Professor Albert Bifet said.

"It will enable them to gain insights and progress their research at an unprecedented scale."

The system was funded with the sale of commercial licenses to the WEKA software, a suite of Java-based software tools for machine learning and data mining that the machine learning group at the university has been developing for more than 20 years.

“Being able to use the funds from WEKA, which has proved so successful, is a real win for us," Professor Bifet said.

"WEKA software has been bought by several large international IT companies. It shows the success and depth of expertise we have here and has enabled us to reinvest back into our group."

Over in the UK, Nvidia has combined 80 DGX A100 for 400 petaflops of 'AI compute' at its Cambridge-1 supercomputer.