A new data center-focused real estate company says it plans to invest €200 million ($243.4 million) in data centers in the Nordics.

Hyperco says it plans to invest in both new and existing data centers initially in Finland and later in the wider Nordics region. The company said it intends to build, develop, and own the data centers and lease them to long-term customers. 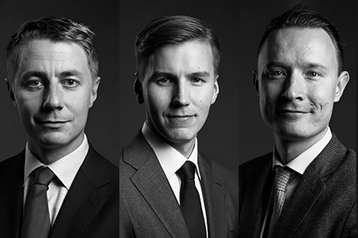 “In five years, Hyperco aims to grow its data center portfolio to more than €1 billion,” the company said in a press release.

Hyperco said it was focusing on the Nordics due to large amounts of low-priced and sustainable energy.

“The region’s cool climate combined with reliable electricity grid and availability of renewable energy provides the best foundation to develop sustainable data centers and our digital society,” says Aleksi Taipale, co-founder and partner at Hyperco. “Modern data centers, which consume huge amounts of electricity, should run on renewable energy and the waste heat generated in data centers should be recovered.”

Taipale, alongside fellow co-founders Timo Pohjanpalo and Ville Vartiainen, were all previously at NREP.