Less than a week after Amazon Web Services’ VP of Infrastructure, Jerry Hunter, left for Snapchat, the man behind Netflix’s shift to the cloud has joined AWS as its VP of Cloud Architecture.

Adrian Cockcroft was most recently a technology fellow at Battery Ventures since 2014, but before that served as cloud architect at Netflix, and was a distinguished engineer at eBay and Sun Microsystems. 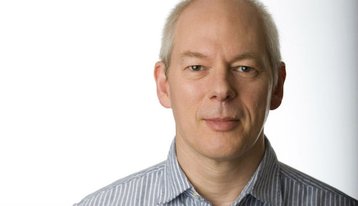 “At Netflix, Adrian played a key role in the company’s much-discussed migration to a “cloud native” architecture, and the open sourcing of the widely used (and award-winning) NetflixOSS platform,” Werner Vogels, CTO and VP of Amazon.com, said in a blog post.

“AWS customers around the world are building more scalable, reliable, efficient and well-performing systems thanks to Adrian and the NetflixOSS effort.”

Adrian Cockcroft added: “After working closely with many folks at AWS over the last seven years, I am thrilled to be joining the clear leader in cloud computing.

“The state of the art in infrastructure, software packages, and services is nowadays a combination of AWS and open source tools – and they are available to everyone. This democratization of access to technology levels the playing field, and means anyone can learn and compete to be the best there is.”

Cockcroft will work with customers on their cloud architectures, as well as ‘spend time’ with developers in the Amazon-sponsored and supported open source communities.