NEC and IT firm SCSK Corporation are to establish a data center joint venture.

The two Japanese companies said this week they will ‘strengthen’ the collaboration in the data center and network business to “accelerate customers' DX and grow their businesses.”

As part of this effort, the companies will establish SCSK NEC Data Center Management, Ltd., a joint venture in data center operations in April 2022; the two companies said they will jointly operate a data center in Inzai City, in Chiba Prefecture that is scheduled for completion that month. 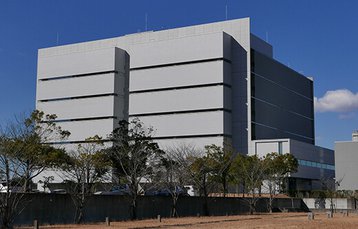 Going forward, both companies will jointly own and operate data centers and establish a data center joint operating company with the aim of creating and providing new services with the ecosystem partners. The new company will hold the Inzai property, and will provide data center services and network services to SCSK and NEC.

SCSK offers system integration, cloud computing, information security, and software services in Japan. It is part of the Sumitomo Corporation conglomerate, which acquired it in 2011 and merged the company with Sumitomo Computer System.

SCSK’s data center subsidiary, netXDC [not to be confused with Australia's NextDC], operates 10 data centers in Japan totaling 95,000 sqm (1 million sq ft); six in the Kanto region around Tokyo and four in the Kansai region around Osaka.

According to netXDC’s site, its newest upcoming facility in Inzai – known as Chiba 3 or SI3 and likely the one part of this JV – measures 12,919 sqm (139,000 sq ft) and has four floors of data halls. The facility is equipped with vertical vibration dampers (VEM damper) as a countermeasure against rolling and pitching during earthquakes; the company said the VEMs can reduce movement by up to 80 percent.

According to its cloud solutions page, NEC operates two data centers; one in Kobe to the west of Osaka, and another in Kanagawa to the south of Tokyo. The company also has data centers in Ehime prefecture on Shikoku Island; Fukuoka City on Kyushu island; Sapporo City on Hokkaido island; Hiroshima; Tokyo; and Kanagawa Prefecture but separate to the cloud Kanagawa facility in Kawasaki City, Yokohama City, and ‘East Japan'.

In 2018 NEC said it would spend 20 billion yen ($186 million) building two data centers to support demand from US cloud companies. One of the data centers was due to be a 12 billion yen ($11.1m) addition to an existing site in Kobe to double the capacity of the complex. The other 8 billion yen ($74.4m) will be spent on a new data center in Nagoya to serve customers in central Japan.