Two shell companies that appear to be linked to Facebook/Meta have shifted ownership of a huge data center proposal near Atlanta, Georgia.

Morning Hornet, LLC has taken ownership of the up to two million square foot project from Baymare, LLC, The Covington News found. 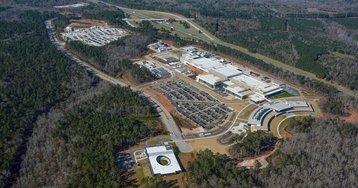 In March, The Joint Development Authority of Jasper, Morgan, Newton, and Walton Counties approved a $42 billion bond for the data center project in Stanton Springs, just outside Atlanta.

The first phase would cost $750 million, with the subsequent data centers costing $550 million.

At the time, the identity of Baymare was not known - however, it appeared likely to be Facebook thanks to the documents, descriptions, sizes, and costs being virtually identical to a nearby Facebook facility.

That project, the Meta Newton Data Center campus, was negotiated in 2018 by Morning Hornet, LLC. It is located on the same Stanton Springs industrial park as the new proposal.

It is not clear why Facebook shifted the project between its two shell companies. The company was not immediately available for comment.