First phase of fund will see $187 million invested to build 12MW of capacity, companies aiming for $933 million and 90MW in total

MIS this week signed a binding Memorandum of Understanding (MoU) with Saudi Fransi Capital to establish a private investment fund that will have the objective of developing, owning, and operating data centers across the Kingdom of Saudi Arabia. 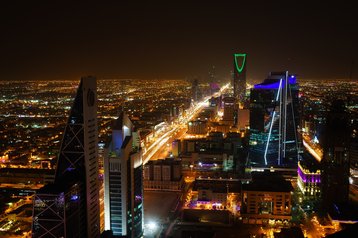 According to the MoU, MIS will be the main developer of all the data centers affiliated with the fund and will be responsible for developing, operating, managing, and marketing these centers exclusively, and take a 10 percent stake in the fund. The companies did not share where the facilities would be built.

MIS vice chairman Ibrahim Al-Moammar told Argaam that the first phase of the fund is expected to be launched within 14-16 months and deliver 12MW of capacity. If the fund reaches its SAR 3.5 billion goal, the company will deliver up to 90MW of capacity across the country

Al-Moammar said the two companies are also planning to study the possibility of offering the fund to the public at a later stage.

Founded in 1985, SFC is a financial services provider in Saudi Arabia and investment arm of Banque Saudi Fransi. MIS was founded in 1979; based in Riyadh, the company was the country’s first publicly listed IT company.