Don't expect to see Simurgh in the Top500

Iran has launched its most powerful supercomputer to date, Simurgh.

The system currently has a processing power of 0.56 petaflops, but will reach one petaflops in two months, state media claimed.

It has not been independently verified. 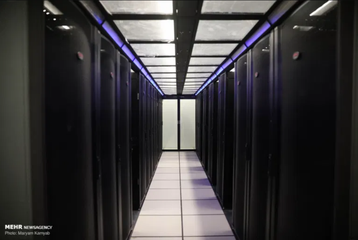 Developed at Tehran’s Amirkabir University of Technology, the system is 100 times more powerful than previous Iranian supercomputers, the country claimed.

Named after the benevolent Phoenix-like bird Simurgh, the supercomputer will be used for artificial intelligence workloads, traffic and weather data, and image processing, state media claimed.

“Artificial intelligence is the driving force of future of economy in Iran and the world," Iran’s Minister of Information and Communications Technology Mohammad Javad Azari Jahromi said (translated).

Such equipment, and the US chips in the supercomputer, would have had to have been acquired through the black market.

For decades, the US has levied federal antiterrorism trade sanctions against Iran, as well as tried to slow its nuclear weapons research.

This has made it harder for Iran to acquire supercomputing hardware - with the nation considerably behind peers on equivalent HPC installations.

But it has not been completely frozen out, managing to acquire hardware illegally via third party sellers, or by acquiring equipment from legitimate sources through shell companies and redirecting shipments.

Amirkabir University developed a 32-node PC cluster based on Intel Pentium III processors in 2001, and a Pentium IV system a year later.

In 2007, the country got its hands on 216 AMD Opteron cores, developing its most powerful supercomputer at the time.

Beyond state supercomputers, the largest cluster of compute in the country is probably found in Bitcoin-mining facilities. These also use black market equipment, as well as Chinese gear that is not covered as strictly by the sanctions.

Earlier this year, the country tried to blame rolling blackouts on the reported 450MW of mining capacity in Iran, but experts said that cryptocurrencies were an easy scapegoat for “decades of mismanagement.”