Microsoft to build another data center in San Antonio, Texas

Microsoft has applied to build another data center in San Antonio, Texas.

The project, filed under the name SAT46 with the Texas Government, will see the company spend $140 million building a 79,385 sq ft data center at the existing Texas Research Park campus on 15000 Block Lambda Dr, San Antonio.

Construction is due to begin in May and finish at the end of February 2022. Phillips Architecture of Raleigh, North Carolina, is listed as the design firm. 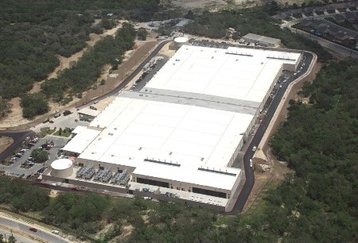 Microsoft has a large presence in the city of San Antonio. As well as office space, it owns 158 acres of land in the Texas Research Park, and plans to spend $1 billion building 1 million sq ft of data center space. The company currently has buildings SAT11-14 in development on the site; Filings show three single-story buildings 225,000 sq ft each which started in 2018 and due for completion in 2023.

BizJournal reports the company also bought 33 acres of land around Valero Energy Corp.'s data center at 3535 Wiseman Blvd at the end of last year, and bought a Chevron Corp data center at 5200 Rogers Road in October 2017.

AWS is also looking to expand into the city; the company has filed plans to build three data centers in San Antonio under the project name ‘Blackfish’ that are due for completion at the end of 2021.