The company will provide Microsoft’s Netherlands data centers with 90MW of wind-generated power for 15 years starting in 2022. 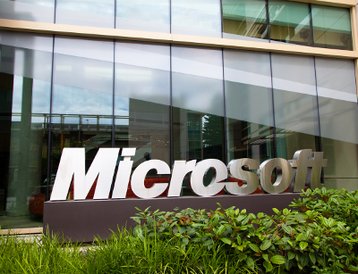 The power will be coming from the Borssele III/IV wind farm, an offshore wind farm 22km from the Netherland’s North Sea coast.

Borssele III/IV was financed by a group of companies including Eneco, Shell, Mitsubishi's Diamond Generating Europe, Van Oord and Partners Group, a Swiss investment manager, with a project capex of €1.3bn ($1.46bn).

Construction on the wind farm will begin in the fourth quarter of this year and once fully built out will have 77 turbines and max capacity of 731.5MW

Microsoft’s first agreement was with Swedish utility provider Vattenfall AB. The cloud giant entered into the ten-year PPA in November 2017, with the wind farm associated with that deal expected to start producing at some point this year.

Brian Janous, general manager of energy and sustainability at Microsoft, said: "Our purchasing of renewable energy helps improve the sustainability of our operations and local grids.

"This agreement is our 14th renewable energy power purchase agreement and brings our total clean energy portfolio to more than 1.5 GW. The electricity generated will help support the continued long-term growth of Microsoft cloud services delivered from the Netherlands, which is one of 54 Azure regions announced."