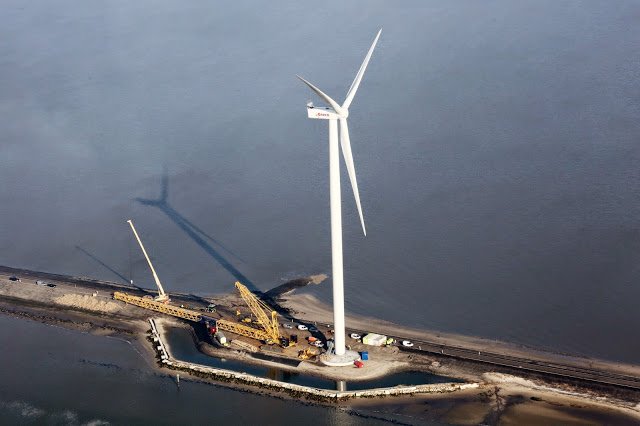 Google has signed a deal to buy the entire output of a Netherlands wind farm to power the €600m ($773m) data center it is building in Eemshaven.

The ten-year agreement with Dutch utility Eneco means that the data center will be powered entirely by renewable energy from the day it opens, in 2016. It follows similar agreements for other Google facilities, and was highlighted by Google infrastructure director Francois Sterin at DatacenterDynamics Converged in London.

Windmills in old Amsterdam?
These are not old fashioned windmills, of course, but a 19-turbine onshore/offshore wind farm which is still under construction, according to a Google blog which revealed the plan yesterday.

This is Google's third power purchase agreement (PPA) in Europe following deals in Sweden which are powering the firm's Finland data center.

"We sign these contracts for a few reasons," said Sterin. "They make great financial sense for us by guaranteeing a long term source of clean energy for our data center and they also increase the amount of renewable energy available in the grid, which is great for the environment."