After papers revealed that new data centers in the Hollands-Kroon province of the Netherlands could cause a shortage of drinking water, Microsoft has promised on TV that it will use rainwater.

Microsoft's new data center in the region has faced opposition from residents, and a farmers group has appealed against it. A newspaper revealed that the area could face a shortage of drinking water due to existing Microsoft and Google facilities in the area, along with new ones in the pipeline. Microsoft responded to a Dutch TV program saying that it would use rainwater to cool its data centers, and give the excess to greenhouses in the area. 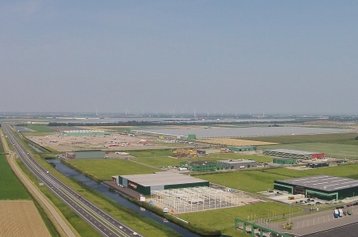 According to newspaper De Telegraaf, data centers belonging to Microsoft and Google on the Agriport development use 525 cubic meters of drinking water per hour, totaling 4.6 million cubic meters a year - and plans to add another five facilities would require a further 10 million cubic meters per year. Internal municipality documents warned that there could be freshwater shortages during extreme weather conditions, De Telegraaf reported.

Microsoft was granted an environmental permit in January, but there has since been an appeal from local farmers. Since then, a dispute has arisen over whether the municipal council has the authority to issue such permits for such a facility, leaving Microsoft potentially facing enforcement proceedings. Meanwhile, Microsoft is already building the second Hollands-Kroon data center.

Amid this publicity, Microsoft responded to the Dutch TV program EenVandaag, according to Hortidaily with the news that it would cool its data centers with rainwater, and give the excess to local greenhouses.

According to the program, Microsoft has approached ECW Energy, a private company that has been reusing rainwater for fifteen years.

According to Robert Kielstra of ECW Energy, Microsoft only needs about 30 percent of the water it could collect on its Agriport sites, for its own cooling needs, and could then supply the remainder to greenhouses. "They become a net supplier instead of a user," he said.

Water is very cheap in the Netherlands, so it will actually cost Microsoft money to collect rainwater and distribute it - but Microsoft has apparently chosen this to ease pressure from authorities and residents of the area.

In parallel with this, data centers in Hollands-Kroon face another watery controversy: the area is around 6m below sea level. The presence of more critical infrastructure on the site could trigger a requirement for more dikes to keep the seawater out - dikes which would have to be paid for by public money.