Not a drop to waste: curbing thirsty data centers

Freshwater is increasingly in short supply.

The march of industrialization, extensive use of limited groundwater reserves, growing populations, and the impact of climate change mean that access to water is going to become one of the defining struggles of the 21st century. 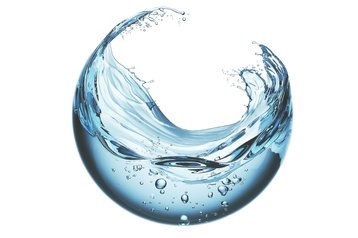 "There's gonna be a 40 percent gap in freshwater supply and demand by 2030 according to the UN," Nalco Water VP and GM Heather DuBois told DCD. "It's just staggering, but yet we need to continue to grow."

Data center demand shows no sign of letting up, with gigawatts of capacity expected in the years ahead - much of which will be cooled with water.

That means a lot of water, at a time when the world needs it the most. That’s simply unsustainable.

Take Digital Realty - back in 2018, its data centers used around 1.4 billion gallons of water in a year, an astronomical sum, and that’s even with the majority of its facilities not using water for cooling. If all of that was potable water, it would be a wasteful travesty.

"Water is a key element of our environmental, social, and corporate governance journey," Digital's director of sustainability programs Aaron Binkley said. “43 percent of our water use came from reclaimed sources last year - that's more than 660 million gallons of water across the portfolio.”

To get to that point took a significant amount of work, the company’s water sustainability lead Walter Leclerc told DCD. Getting to 100 percent water reclamation will take significantly more effort.

First, the company partnered with Nalco and parent company Ecolab to assess the water use and water risk at all of its data centers. “We used the Water Risk Monetizer, which is a tool that Nalco, Microsoft and Trucost put together, to place each data center on a water maturity curve,” Leclerc said.

This has meant collecting “a tremendous amount of data,” Leclerc said. “It can take three to four months per site to do assessments - Nalco went to every one of our water sites across the globe, they did a design assessment, they took samples.

“They first take water quality assessments, and then they do assessments of the watersheds, where those data centers were taking it off of. So it took a long time.”

Where does the data center fit into a zero-carbon future?

State and local utility providers offer little in the way of data on water supplies, with limited regulatory data offered, along with a mandatory requirement to test for Legionella. “But that didn't help us from a water stewardship perspective,” Leclerc said. “We need to understand the quality of the water, we're talking about the pH, we're talking about the solids in it, and so on, because we need that information to develop the pipeline of projects at a site.”

Armed with up-to-date information on water use, availability, and quality, the company was able to take steps at each site to help reduce freshwater usage. “It can include everything from sulfuric acid dosing to reclaim water, to implementing pretreatment on systems, to looking at collecting rainwater.”

Harvesting precipitation “takes a tremendous amount of effort,” Leclerc said. “We actually have two major projects that are about to come to a conclusion now, and they took two years to do.”

While the data center company likes to standardize designs where possible, the reality is that different locations have different needs and capacities. “Down in our Phoenix, Arizona, site we initially reclaimed water into that system, but then we outstripped the capacity of the city,” Leclerc said.

“So they actually told us to go back onto potable water. Now the city has caught up with us, and they said they can handle our reclaimed water volume, so we're trying to do another project next year to get it back.”

In places like Ashburn, where Digital has multiple huge campus developments, “those are opportunities to have a strategic dialogue with the water authority and say, ‘is reclaimed water available next to our campus?’” Digital’s Binkley said. “Or if it's not, we can give them some general guidance on what our water consumption would be and what our demand profile would look like.”

Due to the proximity of other companies’ data centers in some areas, it can make sense to collaborate with rivals - as well as non-data center companies - to make a case for reclaimed water availability. “We know Amazon is doing a huge building in Ashburn, so that's going to affect the reclaimed water supply,” Leclerc said. 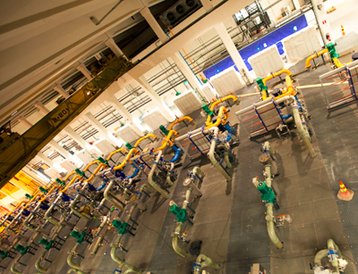 Sometimes the particular location of a data center can open up unique cooling solutions, like Google found with its Hamina data center, which uses a cooling system it inherited from the paper plant which preceded it to draw on seawater.

With Digital’s Marseille facility (under the Interxion brand), the team realized that they were relatively near a decommissioned coal mine “that has waste cold water that's coming out of the ground that was traditionally pumped into the river and out to sea,” Binkley said.

“That's being piped about 14 kilometers to our Marseille data center campus, and it's being used as a chilled water source to limit cooling energy needs. It's helping to make the facility more efficient by getting free cooling out of what is a wastewater stream from an old coal mine.”

While the environmental benefits of such water saving moves is clear, what can make it easier for companies to sign off on is that it can also lead to cost savings. “We want to do the right thing when it comes to water stewardship,” Leclerc said, “but also the return on investment on some of these projects is like seven months,” with reclaimed water usually less expensive than freshwater.

“In the old days, the ROI was 10 years,” he added. “We're just finishing up a two year project at our Santa Clara location, where we're going to be taking 16 million gallons of potable water off that watershed and going to reclaimed water. This is great, but I'm also going to be collecting hundreds of thousands of dollars a year from the cost differential for the operations team. So it is a driver, absolutely.”

Still, the financial benefits aren’t as profound as one would expect given water’s precious nature. “Water is cheap, even in warm places where it is a scarce precious resource it's still relatively inexpensive,” Binkley added. Further savings can be made with evaporation credits, or in spending more on longer pipes that reach areas with lower water rates.

A number of customers are already demanding at least some action on freshwater usage. “Customers are becoming aware of water concerns and many of the big hyperscalers have made commitments,” Binkley said, although the level of demand for action is currently much less than that for renewable energy. 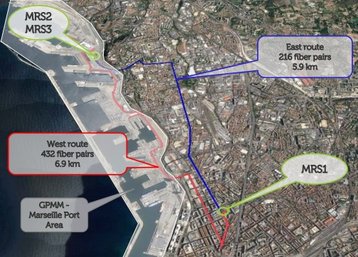 Here, Digital is trying to work out how to involve the customer in sustainable decision making. For renewable energy, the company has partnerships with solar and wind companies that mean its customers can decide whether to use renewable energy via power purchase agreements, or just run off of the grid. For water, it’s not immediately clear how much control the customer can have.

“We just started those conversations in the last month or so,” Leclerc said. “How can we bring Ecolab into our RFP process, and how can we leverage the partnership to do that with our customers? We're just not there yet.

“We're kind of hung up on it. It's easy when it's the customers paying for the source, but if they're just a customer in a site and they're not part of that water matrix perspective, it’s a lot harder.”

However that is achieved, it is expected that water sustainability will increasingly feature on customers’ priorities, just as we have seen the rapid expansion of demand for renewable energy sources for data center workloads over the past few years.

Water scarcity is only going to get worse, and companies needlessly using limited freshwater resources will rightly face the ire of a desperate populace. “The public is going to hold us to these as we move forward,” Nalco’s DuBois said.