Microsoft has filed to build two data centers at one site in San Jose, California, while it still awaits planning permission for two more facilities at a second site in the city.

The Real Deal and Globe Street report the company has filed plans to construct a two-building, 632,000-square-foot campus on about 22 vacant acres near the intersection of Orchard Parkway and Component Drive.

Microsoft bought the plot in May 2021, acquiring the undeveloped land for $78 million from LBA Realty in an all-cash deal. Reports of the company’s interest in building data centers on the site surfaced in March of this year, with a city official saying the company was looking to develop ‘two five-story data centers.’

More recent reports suggest the facilities will be four stories, spanning around 306,000 sq ft each. Microsoft aims to break ground on the first facility in July 2024 for a late 2025 completion; the second data center building will be completed in 2028. 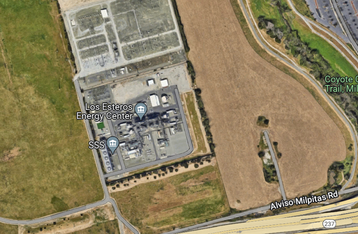 Microsoft has a second development planned in San Jose. In 2017, the company bought 64.5 acres in the city along State Route 237 for $73.2 million. Now the company is planning two single-story data center buildings spanning 400,000 sq ft and totaling 99MW at a site on 1657 Alviso-Milpitas Road.

The California Energy Commission notes the project would include 224 renewable natural gas generators, each 0.45 MW, and just two diesel generators.

The company hasn’t received planning approval on either of its two projects in San Jose.